If you've been involved in a collision with a big rig truck, it's important to contact a qualified accident attorney as soon as you are able. While many of the same laws that apply to conventional automobile accidents also apply to trucking accidents, there are a few differences regarding liability. The following discusses some of the most common issues that arise during trucking accident lawsuits.

Liability in a trucking accident depends, in part, on whether or not the driver of the truck was working as an independent owner/operator, or is employed solely by one company. If the individual operates as an independent contractor, then any liability regarding injuries or damages will ultimately rest on his or her shoulders.

Conversely, if the individual behind the wheel is employed by one of any number of corporate trucking companies, then his or her employer may ultimately be the liable party. Since the driver was performing job-related duties—transporting cargo, or returning from a drop-off—injuries become the responsibility of the owner/employer.

There are considerable expenses related to the operation of a big rig truck, and they can threaten the profitability of the job for the independent owner/operator. To mitigate the financial impact of rig maintenance, some truck drivers will occasionally disengage their vehicle's front brake mechanism.

This is done with the intention of reducing the cost of brake replacements, which can be significant for those who over utilize their brakes. Instead, many truck drivers rely on the braking power of the engine—a technique referred to as engine braking, or Jake braking—to slow their trucks down on the road.

This technique might temporarily reduce the expenses associated with brake replacement, but if any accident occurred as a result of insufficient braking power, the driver will ultimately be liable for injuries and damages.

Another issue that might come into play in a trucking accident is the manner in which any cargo was loaded. If it becomes clear that cargo was not loaded according to industry standards, than those responsible for having improperly loaded the truck may be liable.

Depending on the weight of the cargo relative to the size of the truck, this might be easier to prove than one would think. The employer of the individual(s) that loaded the cargo may be liable as well, as the loaders were performing job related duties.

In the end, there are a number of complexities that might arise in a personal injury lawsuit involving a semi truck collision. A trucking accidents lawyer can help map out a winning strategy by examining whether the truck driver is an owner/operator or works for a single company, and whether or not the driver's brake setup or cargo arrangement at all contributed to the accident. 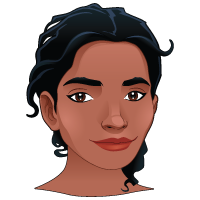